Each band member brings his own influence. Scott Price sings and plays the acoustic guitar, tin whistle, harmonica, and didgeridoo. Bryan Christensen plays fiddle with a blend of American and Celtic styles, keyboard, bass, guitar, and backup vocals while Jon Jasinski ties it all together with djembes, drumset, bodhran, and backup vocals.

With a solid repertoire of traditional Celtic classics and band originals, SFC’s arrangements reflect a modern sensibility and balance of tradition and innovation. They keep every show lively, fun, and moving! Don’t expect to hear “Danny Boy‟ or “Irish Eyes‟.

They want people to enjoy themselves as much as they enjoy playing. That’s what it’s all about!

Since 2005, according to ReverbNation, SFC has become a New England favorite and regularly ranks as the #1 Celtic band in Massachusetts. Performances throughout New England include Pipes in the Valley and Worcester Irish festivals, local pubs, town concerts, parades, private engagements, and radio and television appearances.

In 2009 Songs for Ceilidh released their first full length album, Beneath the Waves. Two singles from the album, originally released on a demo CD in 2008, “Jolly Rover‟ and “The Catch‟, became most requested songs on Highlander Radio. 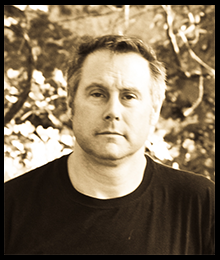 Scott was first exposed to Celtic music in the pubs of Montreal as bands from Nova Scotia passed through to Ontario.  Immediately, he fell in love with the music.  Upon moving to Massachusetts and finding no bands in the Boston area that played this brand of Celtic music, he thought there needed to be one.  “I never intended to form a band and yet here I am.”   As a self-taught musician his grounding in eclectic folk guitar and 80’s Glam Rock (Yeah, he wishes!) drives his creativity leading the band into interesting combinations, directions, and influences.  If he is not playing music, you can find him on the curling rink where he has competed at the national level. 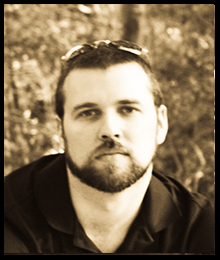 Jon was born and raised in Merrillville, Indiana and has enjoyed music from an early age.  Throughout high school he played in several ensembles, including concert band, marching band, percussion ensemble, and winter drumline.  Jon attended Purdue University in West Lafayette, IN and earned a Physics Education degree while continuing to cultivate his passion for music.  Purdue Bands afforded Jon several unique musical opportunities, including performances at Carnegie Hall with the Purdue Symphonic Band, and at the Great Wall of China as Drumline Section Leader of Purdue’s All American Marching Band.  In addition, Jon has performed with other ensembles in the Lafayette community such as Lafayette Citizens Band and the Lafayette Symphony Orchestra.  Jon combines his passions for music and education as a percussion instructor for high school drumlines and individual students.  Living in Shrewsbury, Jon continues his percussive endeavors as a polish guy playing African drums in a Celtic band. 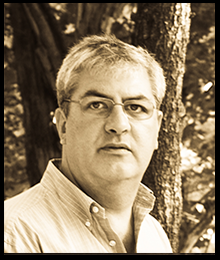 Bryan was raised in Fremont, Nebraska.  His father made his spending money in college by playing fiddle in square dance halls and Bryan, who started studying classical violin at the age of four, picked up the bluegrass influence.  In his teens he learned to play guitar and spent time in a couple rock bands.  “I’ve spent 20 years looking for a band that could play ‘Devil Went Down to Georgia’ with me, and now I’ve found so much more!” Bryan’s blues and bluegrass influences help to round out the sound of Songs for Ceilidh.